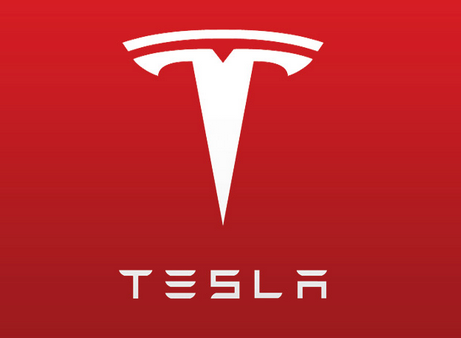 Reno, NV has lured Tesla’s $5 billion Gigafactory in part due to a record-setting incentive package worth $1.25 billion. That’s more than double the $500 million that Tesla’s CEO Elon Musk had originally targeted during the bidding war that took place between Nevada, California, Texas, Arizona and New Mexico. With 6,500 new direct jobs promised by 2020, is this hefty grant worth the investment for Reno’s citizens or is this yet another example of states granting unsustainable incentive packages with a potentially lower than anticipated return on investment?

Many have spoken out on the topic, whether to deride the state or to applaud it. Let’s take a look at the deal in detail. As per USA Today, the incentive package includes:

When states go through these great efforts it is always the question from an economic development perspective whether the incentives were justified. Are they effective and would the investment have materialized without the package provided? Finally, it is interesting to look at the counterfactual: what would have happened to important economic development parameters if the investment would have not taken place in the state of Nevada?

Based on our global incentives deal database we are able to put the recent deal with Tesla in perspective. Nevada has awarded 47 incentive deals since January 2010, including 17 incentive deals worth over $1 million. Renewable Energy leads the industry table for the most number of deals (7), with Food and Drink (7) and Services (6) following closely. Before the Tesla deal, Renewables was also leading for the highest incentive value ($1.126 billion), followed by Information Technology and Telecom ($101 million) and Food and Drink ($9.53 million).
Source: www.ICAincentives.com 2014

Let us take a closer look at some of the components of the incentive package provided.

The deal largely consists of tax exemptions which only have an impact on future tax revenues and hence the deal is not frontloaded (as in the case of cash grants). Important note here is that the tax revenues would have not increased anyway if the investment had not taken place (so no actual loss of tax revenue but rather revenue foregone). The property tax exemptions and electricity are operational incentives and appear to be important location drivers of the project. The fact that Nevada has provided incentives in these areas may indicate that the state is perhaps less competitive versus other states in the field of property tax and electricity rates. It seems the payroll tax abatements are related to number of jobs created and hence contain a performance metric.

What is questionable are the multiplier effects the state uses for the jobs created. 6,500 jobs are to be created, which can be multiplied by 3 according to many observers. Given the nature of the business activity (battery) this is very high. For an automotive assembly plant the supply chain is much more embedded in the local economy creating a larger multiplier effect (2X).

We do recognize also that instead of creating a displacement from jobs in Detroit that, we do expect and hope that the traditional automobile cluster has learned through hard experience how to be innovative. As such, they will hear this as a clarion call to move themselves into alternative motive power for individual transportation vehicles.

Was there competition from other states? Apparently so, and it justifies a tailored incentive package that was offered by the state, and I am sure a similar package was offered by the competing states. However, there are important attributes to Reno-Sparks-Tahoe, which our team has investigated several times over the years. It has the most broad-based economies in all of Nevada - they do customer service, distribution, and have a strong manufacturing base in addition to gambling/casinos. One of the area’s key strengths is access to the California market - straight shot to the Bay area (SF 215 miles, Sacramento 129 miles), with few corporate taxes (no corporate, no personal, no inventory, etc.). These are strong fundamentals that make a case for Reno regardless of incentives. In this case it is important to emphasize that incentives are not the key driver of any investment project. They are important at the last phase of a site selection process when it comes down to the final short list of competing states that have more or less similar location attributes that can host the investment. What can states do to better tailor incentive packages?

States should do more in terms of economic impact analyses of investment projects in order to assess the economic development impact of a project, which can be a point of departure for their communication strategy once the project has materialized. More structural states should be open to evaluate the effectiveness and appropriateness of incentive programs and deals. This can be conducted by developing sophisticated cost benefit models and evaluation instruments as our team has done for numerous states and countries over the last couple of years. Obviously, this must absolutely start with a coherent economic development strategy based on the known location advantages (and disadvantages) of the region, which takes into account the driving location factors of each industry and business activity. States can best achieve these goals by better understanding the site selection process and the various business criteria companies use to determine the best sites for their facilities. Incentives can only be one facet of this analysis. An economic development strategy that rests only on offering incentives is shallow and is likely to be unsuccessful.

For a closer look at the incentive landscape in Nevada, other US states and selected countries worldwide, see www.icaincentives.com.

See where Nevada ranks in our recent study “Measuring the Quality of Incentive Programs: Openness and Evaluation of US States’ programs”. To request your free copy, email [email protected]