New Forms of Investments as engines of economic growth - are you prepared? 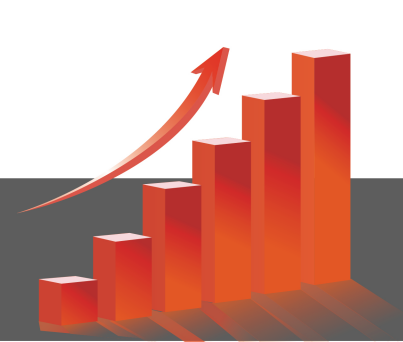 19 Sep New Forms of Investments as engines of economic growth - are you prepared?

We recently launched the AIM FDI Report 2016: “The Future of FDI” at the Annual Investment Meeting in Dubai. The report was prepared by a team of professionals of Investment Consulting Associates (ICA).

Based on preliminary FDI data from UNCTAD, global FDI flows increased with 36% in 2015 to an estimated US$1.7 trillion, their highest level since the global economic and financial crisis of 2008-2009. However, the increase in FDI flows was largely due to cross-border M&As – a rise of 61% in 2015 - with only a very limited contribution from greenfield investment projects. In fact based on data from fDi Markets the number of global greenfield FDI projects decreased from nearly 12,900 in 2014 to slightly over 11,900 in 2015 – a decrease of almost 1,000 projects globally, which confirms the limited contribution from greenfield FDI.

Does this matter? In one way it does as greenfield FDI projects are often considered ‘the holy grail’ of economic development and investor attraction by many Investment Promotion Agencies (IPAs) and Economic Development Organizations (EDOs). Greenfield investments create jobs, bring in expertise and management skills, lead to capital and technology transfer. In other words the spillover effects are large. So if companies lose their appetite for greenfield FDI something must be fundamentally wrong with the global economy. Companies do find FDI too complicated due to instable, unpredictable and non- transparent investment and incentives policies that are associated with FDI, also highlighted in the AIM FDI Report. Many countries today still have unnecessary stringent or complicated FDI policies that make FDI projects difficult to realize and implement – something to worry about and take care off. Does this mean companies are not expanding their international operations and activities across the world? No not at all. On the contrary. Companies increasingly choose other forms of investments like: cross-border M&As (as highlighted above), strategic partnerships, joint ventures, franchising, license arrangements etc. These so-called New Forms of Investment and non-equity modes of investment have increased over the last 5 years, although data remain very limited about these NFIs.

As professionals in the field of investor attraction we may be too focused on finding the holy grail of foreign investment and need to turn our attention to these NFIs as they may over time also create similar economic development effects as typical greenfield FDI projects. In fact the increased appetite of companies for NFIs is also a sign of economic maturity of an economy. If a local economy has no domestic economic base of small or mid-sized companies JVs, alliances and M&As are simply not possible.

The above implies that your investment promotion strategies need to include these NFIs. For instance what can your national economy offer to foreign investors beyond incentives? Examples are a strong local supply base, of companies, a local base of technology driven firms that already tap into global markets with some of their services. It requires enhancing your knowledge about these NFIS and their drivers. Anticipating on NFIs, countries also need to develop new means of monitoring and adjustment as traditional measures of FDI may no longer adequately measure the impact of global investment activity on their economy. Finally, it also calls for a new mindset towards some of these NFIs and see the benefits for the local economy. Finally, it may need you to revise your incentive policies: NFIs also require New Forms of Incentives!