GASB Statement 77, and Why Your US Incentive Might Be in the News 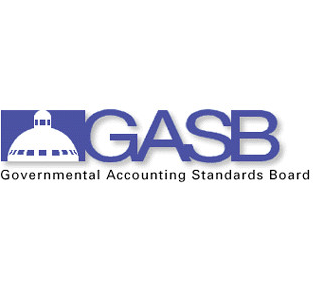 11 Jan GASB Statement 77, and Why Your US Incentive Might Be in the News

Governments of all types commonly use incentives of all kinds to try and draw new investment to their communities.  Training programs, infrastructure grants, and closing funds are all designed to enhance the community’s prospects in drawing new investment and new jobs.  However, these tools have come under increasing scrutiny from watchdog groups, and companies are taking an even harder look at whether the benefit is worth the pain.

Recently, a new tool for examining incentives has become available. The US Government Accounting Standards Board – or “GASB” - establishes best practices for reporting financial transaction and accounts. As a result of much study and consideration, GASB put forth Statement 77 in August, 2015, instructing states and municipalities to show in their consolidated financial records the amount of revenue that has been for gone as a result of tax credits and similar instruments.

The GASB’s reasoning on this topic has little to do with public transparency, but much more to do with confidence with financial instruments to rely upon municipal or state income due to taxes. Put simply, any investor in municipal or state bonds needs to be able to understand if there are limitations on state for municipal revenue due to other transactions.

The GASB statement defines a tax abatement as resulting from an agreement between a government and individual or entity in which the government promises to forgo tax revenues. In return the individual entity promises to subsequently take a specific action that contributes to economic development or otherwise benefits the government, the community, or its citizens.

Some states and municipalities already provide some reporting on tax credits, rebates, abatements and other forms of incentives. However this data is not always available in a form that is useful to those making investments.  As a result, the GASB has decided to make it mandatory that governments must report their own tax abatement agreements as well as those negotiated by other agencies that will impact the ability to collect revenue. Put another way, jurisdiction X must report its own tax abatement deals as well as those that state Y has negotiated that also impact jurisdiction X’s ability to collect tax revenue.

The information that must be disclosed includes:

Finally, governments have been directed to organize these disclosures by major tax abatement program, and may choose to disclose information for individual tax abatement agreements – that means individual deals and companies – within those programs.

Interestingly, there has been very little excitement from this regulation, even though it takes effect with the calendar year that ended in December 31, 2016.  In other words, it’s in effect now, and the first results will be reported soon.

Such disclosures will represent yet another risk factor to be considered. This is not to say that incentives should not be considered in the location decision, nor that they should be automatically and uniformly rejected. Instead, it is a call - an emphatic one – for companies to thoughtfully and comprehensively examine all of the risks and rewards inherent in pursuing tax credit deals.